History of the Santo Daime

The Santo Daime was founded in the Brazilian Amazonic state of Acre in the 1930’s by Raimundo Irineu Serra, known as Mestre Irineu. Raimundo Irineu Serra was born in Brazil in 1892 to African parents and migrated to the Western Amazon region in 1912, attracted by a boom in the rubber tapping industry. While learning the rubber trade, he was also serving a spiritual apprenticeship with the Native Peruvians with whom he worked. He first drank Ayahuasca in the border region between Brazil, Bolivia, and Peru. Ayahuasca has a history of use by tribes of the Amazon for healing and divination dating many thousands of years. Mestre Irineu had been raised Catholic, but during the time he spent with the Indigenous people of the Amazon he learned many of their beliefs and practices. His apprenticeship with Ayahuasca included learning the correct way to prepare it, methods for journeying into ecstatic states, and how to integrate the visions and knowledge he brought back from those journeys.

Mestre Irineu’s first significant vision was of the Divine Feminine, appearing in the full Moon, who he referred to as the Universal Goddess. He received the instructions from her to retreat into the forest for eight days, with only Ayahuasca to drink and boiled manioc to eat. In the forest he received the instructions for a new faith in which the Ayahuasca was to be called “Daime”. Dai-me means « give me » in Portuguese, as in “daime força, daime amor” (give me strength, give me love), phrases found in several of the doctrine’s hymns. These directions were given to him by a Spiritual Being who afterwards he recognized as the Virgin of the Immaculate Conception, also known as the Queen of the Forest. From these encounters he determined his future, as well as the future of those who would come to follow his footsteps: the Juramidam people. As a result of this experience he began to conduct spiritual ceremonies using the Daime. 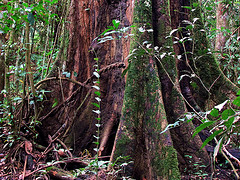 Mestre Irineu started his new centre in Rio Branco, the capital of Acre, in 1930. He was still receiving visions from the Forest Queen and he also channelled hymns. Originally, the Santo Daime teachings had no basis in written text, as many of the early practitioners were illiterate. The spiritual practice was oral and the learning was experiential through the singing of the hymns during the Santo Daime rituals. The hymn collections of early practitioners have since become the scriptures and guiding principles of the Santo Daime.

Since the 1960’s, researchers and authorities have studied the development and expansion of the religious use of Ayahuasca. In 1982 a commission composed of medical doctors, anthropologists, psychologists, as well as representatives from the Brazilian Justice Ministry, from the Brazilian Federal Police and from the Brazilian Army was formed to assess the Santo Daime/Ayahuasca phenomenon. The results were very favorable on all levels. 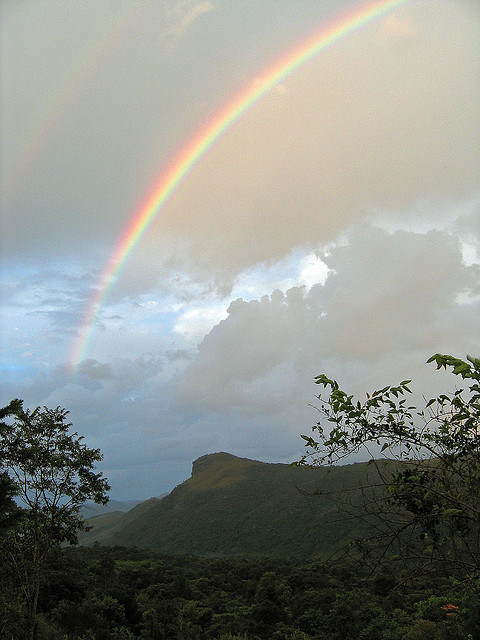 In 1984, through CONFEN – Conselho Federal de Entorpecentes (Brazil’s Narcotic Federal Council), a Working Commission was formed to study the ritualistic use of Ayahuasca. During 1985 and 1986, this group visited many spiritual communities where Ayahuasca was taken as a ritual sacrament, and the commission confirmed the positive opinions of former commissions. The commission recommended that Ayahuasca be removed from the controlled drugs list. In 1992 the Brazilian government exempted Banisteriopsis Caapi, Psychotria Viridis and Ayahuasca from the controlled drugs list.

Mestre Irineu died in 1971; however his work was continued by many of his followers as the Santo Daime religion spread across Brazil. The Santo Daime became a worldwide movement in the 1990’s, currently having an international presence.

For a more detailed account of Mestre Irineu’s life and a genealogy of the Santo Daime, as well as more information on Ayahuasca visit:

www.mestreirineu.org
History of Mestre Irineu and the Santo Daime Doctrine